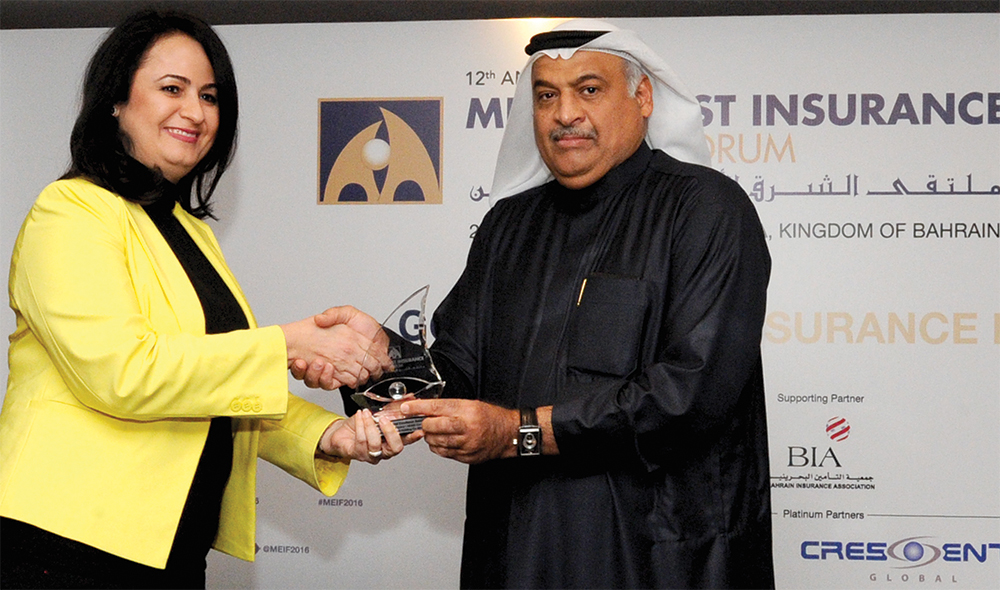 Manama: Major achievements, innovations and excellence in the regional insurance industry were recognized at the 12th Annual Middle East Insurance Forum (MEIF 2016) award ceremony held under the patronage of the Central Bank of Bahrain and in partnership with the leading insurance companies of the region.

The annual MEIF Institutional Excellence Award, which gathered over 400 insurance professionals from across the world is one of the oldest and most prestigious in the industry, is designed to recognize institutions that have made a significant contribution to the regional insurance industry.