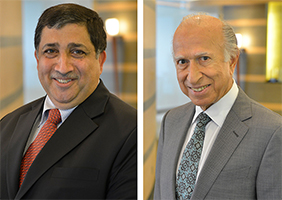 The increase in the net profit for the second quarter in comparison to the second quarter of last year relates primarily to increase in net earned premium in medical insurance, higher commissions income in general and life insurance, lower net claims incurred in motor insurance as well as savings in general expenses. Investment income was lower due to lower share of profit from associates, but the impact was partly offset by lower impairment provisions.

The total shareholders’ equity (excluding non-controlling interest) as at the June 30th 2018, was BD47.66 million compared to BD47.84 million as at the end of the previous year.

Total assets reached BD94.05 million compared to BD86.31 million as at the end of the previous year, an increase of 9%, primarily due to increase in reinsurers’ share of technical reserves and increase in financial investments.

The decrease in the net profit for the mid-year in comparison to 2017 mid-year relates to increase in net claims incurred in all insurance lines. Motor insurance was impacted by higher claims reserving during the first quarter of 2018. This impact was partly offset by higher commissions in general insurance as well as savings in general and staff costs. Net profits were also lower due to lower share of profits from associates, which was partly offset by higher investment portfolio income as well as lower impairment provisions.

Mr. Abdulhussain Khalil Dawani, Vice Chairman of BNH, commented: “The group has shown a significant improvement in performance in the second quarter of 2018 as claims reserving normalized from the high levels seen in previous quarters. We are particularly pleased with the steady performance of the investment portfolio during this period, supporting the overall group profitability”.

The reviewed mid-year financial statements and the press release are available on our website www.bnhgroup.com and the Bahrain Bourse’s website.